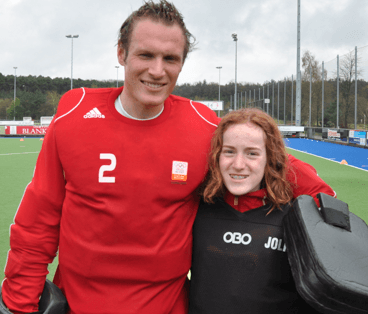 Pirmin Blaak was born in Rotterdam and was the first goalie of HC Rotterdam from 2009 untill 2016. In 2011 he debuted as goalkeeper in the Dutch National Team against Ireland. He was reserve goalkeeper at the Olympic games of London in 2012 and Rio de Janeiro in 2016. In 2012 Pirmin won the Dutch Premier League with his team HC Rotterdam. He moved to Hockey Club Oranje Rood in 2016.

Pirmin is also a great goalie trainer. He even founded his own company called GoalieWorks. During Bovelander goalie camps he is often to be found in spectacular goalkeeper trainings. So if you want to improve your goalie skills, Pirmin is the best coach you can imagine.