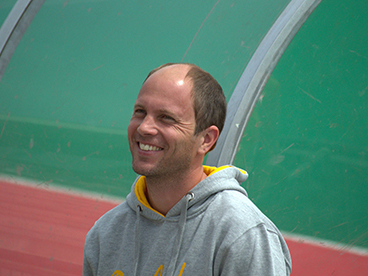 Teun de Nooijer is one of the most famous hockey players ever. The legendary number 14 of HC Bloemendaal played 453 games for the Dutch team and scored 214 goals!!! Teun played on five Olympics and won two times the gold medal. After the Olympic Games in London in 2012 Teun quit hockey. Between January 23 and February 23 (2014) Teun returned again back on the field. During the HIL in India, he played again for the Uttar Pradesh Wizards.