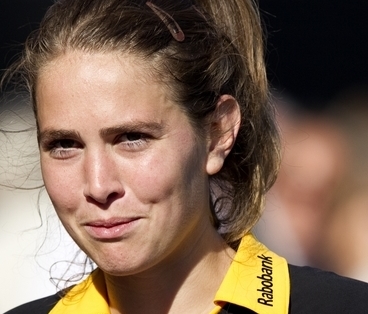 Sabine Mol currently plays for HC Push. She has played 20 caps for the Dutch National Womens team, in which she scored twice. Sabine is a striker and at the Bovelander hockeycamps she focusses on scoring practices. Her forehand is her weapon. She learned a lot from one of the best striker The Netherlands have ever had: Mijntje Donners. Before Matches Sabine plays her music extra loud to get in the rigth focus.