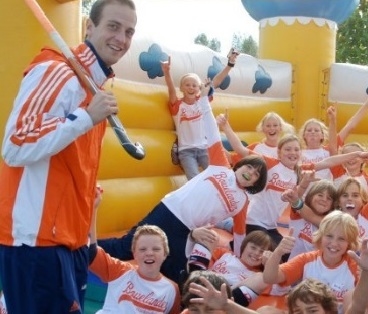 Billy Bakker is the captain of Amsterdam's first mens team, but apart from that also a key player in the Dutch National team. He played over 145 caps for the Dutch squad in which he scored 49 goals! This attacker impressed the whole world in the London Olympics semi-final in 2012 by beating 4 English defenders and scoring a backhand goal almost from the baseline. That gave him a hattrick in this match! Billy is an allround hockey player, both outshining in technical skills and scoring goals. Conclusion: A lot can be learned from Billy at our camps.