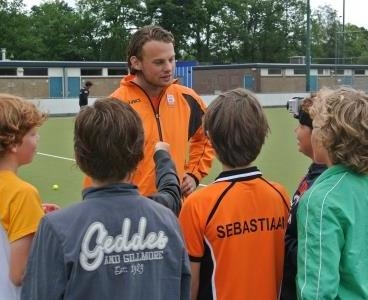 Bob de Voogd was born in Helmond. He is now one of the main attackers of Oranje-Rood from Eindhoven. Bob is also an imporant player in the selection of Dutch team . He has already played over 85 international matches and scored 20 goals. He also played in the London Olympic Games in 2012 obtaining a stunning silver medal. In his hometown Helmond in 2008, he was also once named sportsman of the year. As he is a great guy he likes to come to the Bovelander hockey camps so when you you join the hockey camps there is a great chance you will get to meet him.