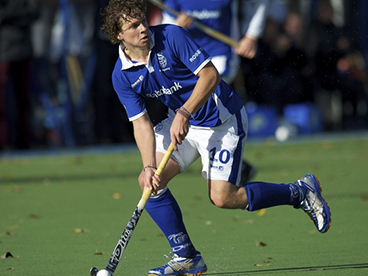 Constantijn Jonker is player from Kampong men's first team. He plays in Utrecht together with Sander de Wijn and Robbert Kemperman. He played 93 caps for the Dutch National team and scored 39 goals. His jersey nr is 27. Constantijn debuted in the National team aged 19!! Jonker won the silver medal at the World Championship in The Hague in 2014, Gold at the Hockey world league in the same year in New Dehli and in 2015 he became European Champion.