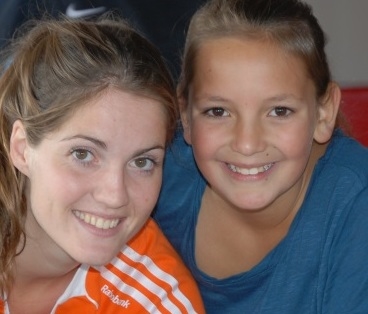 Marloes Keetels has been a key-player of Den Bosch first ladies team. She has been Dutch Champion multiple times with her club and also won the European Cup for Club Teams. She has developed her skills in The Dutch U21 team and later joined the National Team in February 2013. The highlight of her career was het gold medal at the 2014 World Championship in The Hague. So far she played 79 caps for the Dutch National team and scored 7 goals. Marloes will also regularly visit our Bovelander camps and maybe you get to see her gold medal! Anyway, you can ask her anything you want during the press conference, and play hockey with her on the pitch.