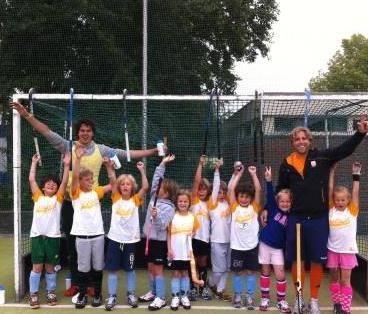 Roderick Weusthof retired from the highest level of hockey in 2014. The last club he played at was Kampong. In the last indoor hockey season Roderick came back one more time to play with Kampong. He played 153 caps for the Dutch national team and scored 79 goals for his country. The striker who also played for HC Rotterdam, Nijmegen and SCHC is nicknamed "the Knoest". Roderick is " All-time top scorer " of the Dutch Premier League. This record was previously held by Floris Jan Bovelander with 276 goals. Roderick has the record firmly in control as he came to a whopping 345 goals.