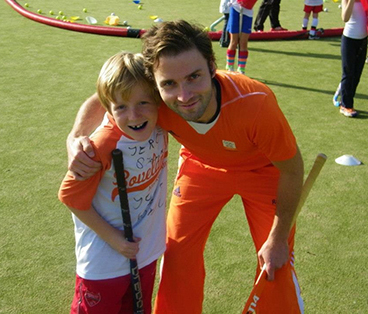 Rogier Hofman plays for the first mens team of HC Bloemendaal. His jersy nubmer is 22. Rogie scored 44 goals in 212 matches for the Dutch National Team. Rogier has been with the Dutch team since the 2004 Olympics in Athens! Also he played at the London Olympics in 2012 and the Rio Olympics in 2016. He is a very experienced player and together with his team mate Tim Jenniskens he organizes meet and greets between severely ill children and their sports heroes.