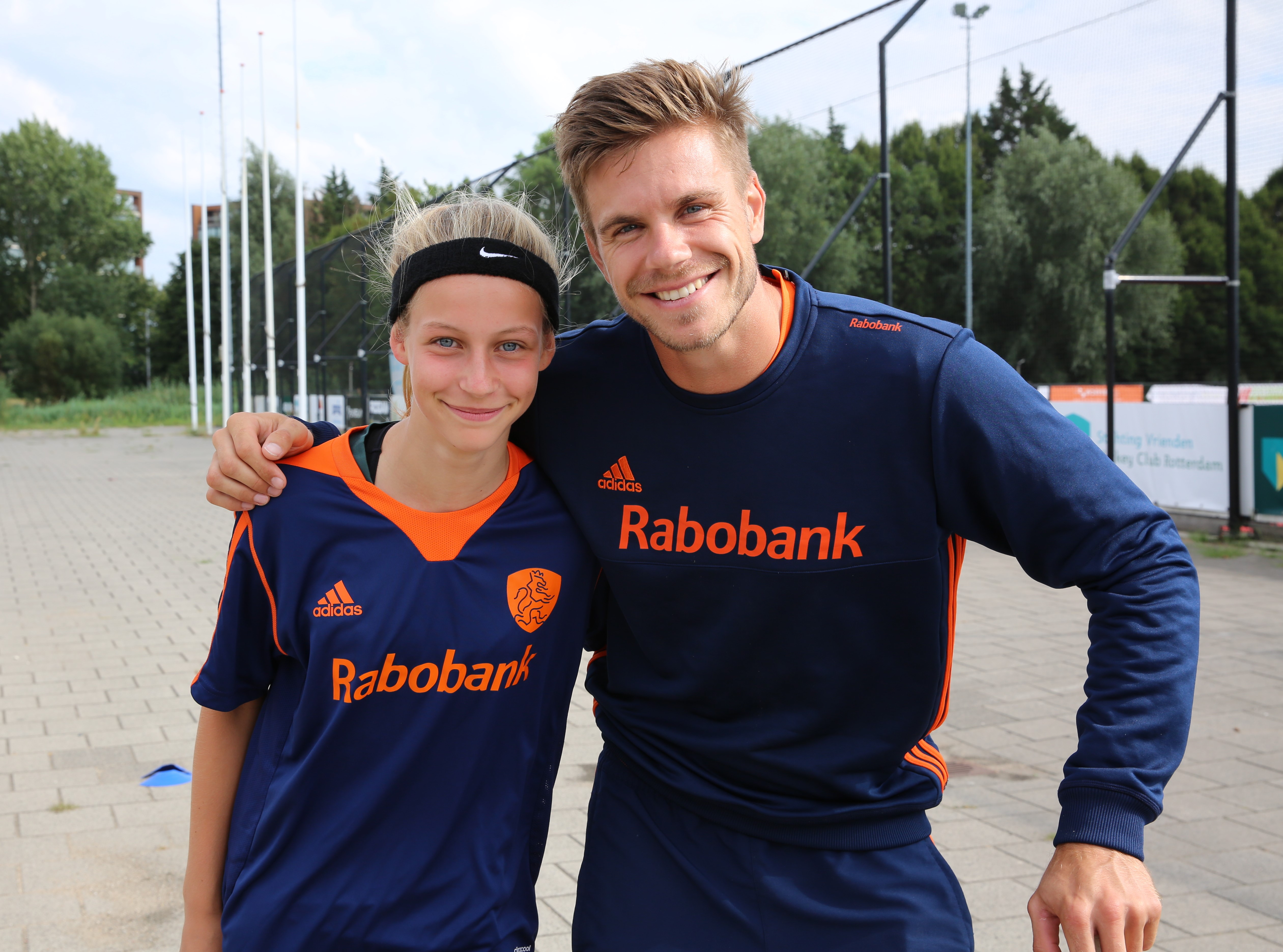 Sander de Wijn is one of The Netherlands greatest hockey talents. Sander is a defender/midfielder at Kampong HC in Utrecht. In his youth Sander layed for Union HC in Nijmegen. Since his debut in 2011 he played over 100 caps for the Dutch squad, scoring 7 goals. Sander won a silver medal on the London Olympics in 2011, a gold medal at the Hockey World league in 2014 as well as a silver medal on the World Championship in The Hague in the same year. In 2015 he won a gold medal at the European Championships. Sander is believed to be one of the most technical defenders the Dutch team ever had. In 2017 Sander has his own Bovelander camp at HC Rotterdam in the Spring Holiday, where he will teach his skills and trcis to the participants as well as participants can ask him anything they want and hang out with him all day.