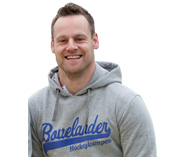 Taeke Taekema penalty corner is one of the best shooters in the world. The defender played since the 2012-2013 season for men Schaerweijde 1. Before that he played for Leiden, HCKZ and Amsterdam. Taeke has played 200 matches for the Netherlands. In these contests for Oranje did he score a whopping 186 times . At the 2007 European Championship Taeke was top scorer with 16 goals. During the European Championships he even scored six goals in one match against Belgium.