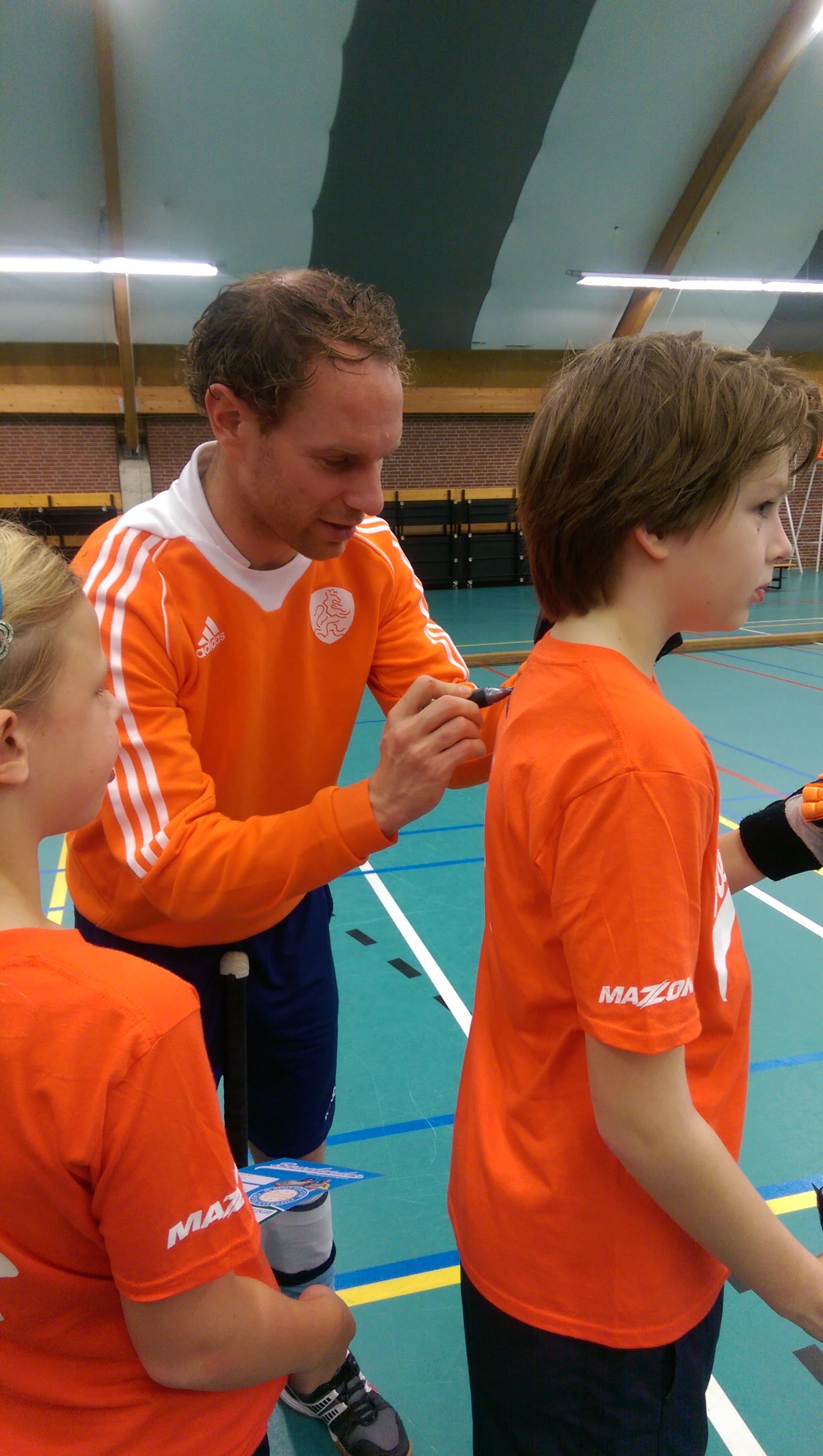 Teun Rohof is currently playing for Amsterdams first mens team. He has played 24 caps for the Dutch team and he played at the World Championship in India. He also has three league titesl with his club, which he believes are the highlights of his career. Teun was 6 when he started playing hockey. At Bovelander he likes to to teach the children about his winning mentality. Teun's hero is his teammate at Amsterdam Floris Evers. His best trick is the Clover Turn and to prepare himself for a match he eats the same breakfast evey Sunday.