Bovelander Goalie Camps have an international touch. The camp participants not only come from the Netherlands but from all over the globe. Us Dutchies are not the only ones that think we’re good at playing hockey and being goalies; the rest of the world thinks alike. That’s why hockey players and goalies at our camps join us. At the Classic Goalie Camp, you get to know new faces, languages, and cultures!

In retrospect of his time as an International, Floris Jan Bovelander enjoyed playing in different countries very much. The Olympic Games took him to several continents, which he never took for granted. Organizing hockey camps with an international climate as such gives him the opportunity to share these vibes. He hopes the players of the future think back of their Bovelander Hockey Camp with much joy.
All our trainers speak English. That way, everybody feels more than welcome. Children from every corner of the world participate in the Bovelander Hockey Camps. The Internationals of the future come from England, Spain, France, Germany, Belgium, the Czech Republic and of course, the Netherlands! 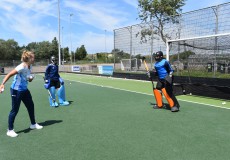 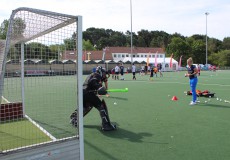 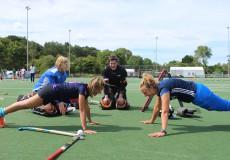 Goalie Clinic from an International

At each Bovelander goalie camp, a special goalie clinic takes place. An (ex-)international tells you the ins and outs about their experiences playing for the Dutch National Team. The clinic is always a great success because of their enthusiasm and unique skills. Challenge them for a battle or ask the questions you’ve always wanted to ask. Learn from the best goalies in the world!
Get to know an International and lots of other new faces at the Classic Goalie Camp! Sign up for a camp on your next holiday. 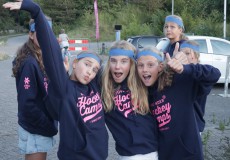 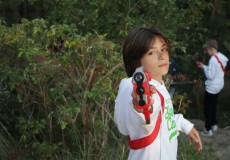 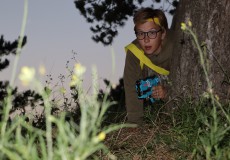