Hockey players from all over the globe are more than welcome to join the Ultimate Beach & Hockey Camp. All our trainers speak English, to make everybody feel appreciated and welcomed. We also invite some trainers from other countries to contribute to the international spheres. Children from England, the Czech Republic, Italy, France, Spain, Germany, Belgium and of course the Netherlands play hockey with us. The Dutchies are good hockey players, and the rest of the world agrees with that statement. Get to know other hockey players, languages and cultures at your Bovelander Hockey Camp!

Hockey Clinic with an International

Bovelander collected many Internationals over the years. Every hockey camp is unique because of their presence and skills. They played for the Dutch National Team at the Olympics in other countries and loved to tell you all about it. At the hockey clinics, you learn tricks and receive tips from the most experienced hockey players in the world. They show you the coolest techniques, which you’ll add to your own set of skills. The Internationals show you a whole new dimension of hockey. Learn from the best! 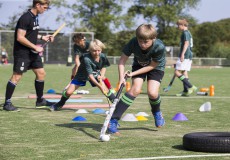 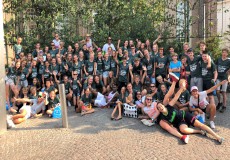 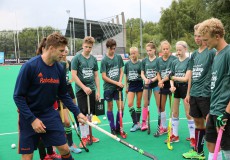 Floris Jan Bovelander, one of the founders of Bovelander Hockey Camps, truly enjoyed his time as an International himself. In retrospect, he says he made some sweet memories that’ll stick forever. Floris Jan learned and experienced much of the tournaments and Olympic Games in other countries. He went to several nations as a player of the Dutch National Team. Organizing a hockey camp with an international climate as such gives him the opportunity to let the hockey players of the future have a sneak-peak in the life of an International. 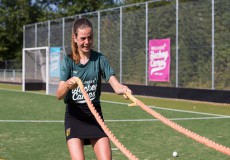 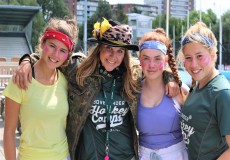 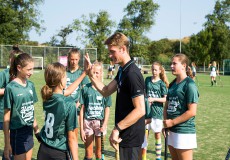